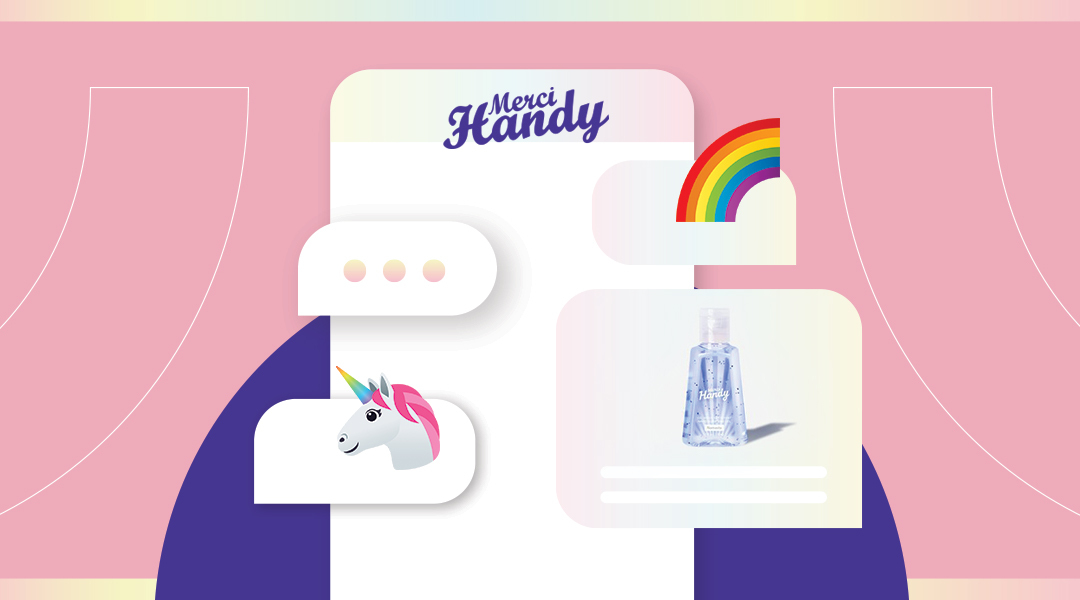 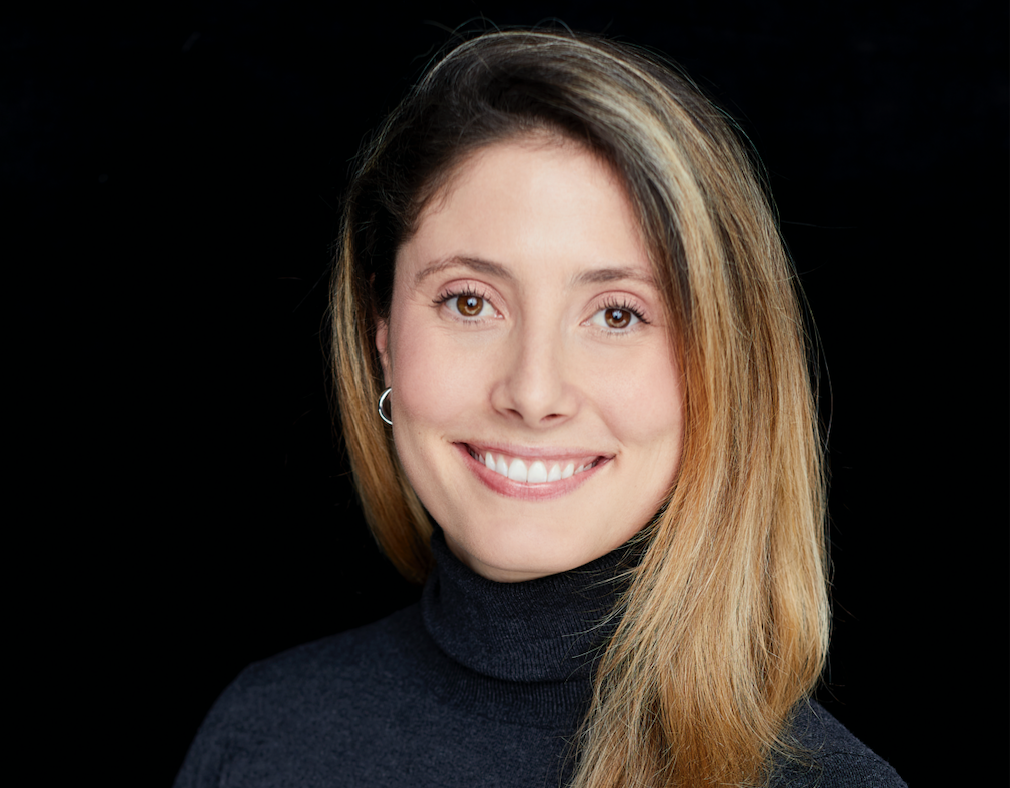 Editor's note: the original version of this story was posted on the Shopify France blog. You can read the coverage, in French, by following this link.

When you land on Merci Handy’s website for the first time, you’ll be tempted to think they took a savvy branding pivot in early spring of 2020. Rainbows and positivity convey messages of hope and optimism, perfectly fit to combat the widespread fear and worry that has characterized much of 2020. You’ll also notice that their flagship product is a hand cleansing gel - a sought-after product that experienced a whopping 817% growth in global sales this year, according to Adobe.

But the tone of unapologetic happiness at Merci Handy isn’t new: it has been a key pillar of their brand identity since they got their start in 2014. And, unlike many businesses that opted to produce hand sanitizer or cleanser this year, Merci Handy’s first sanitizing gel was available in Monoprix in August 2014.

Four years later, the French-owned and operated business creates clean and colourful beauty products for everyday life that are sold in stores across North America, Asia and Europe. Their products range from uber-practical dry shampoos and deodorants, to truly unique “shower slime” -- which has been used ‘for years’ by unicorn riders in nearby galaxies, according to their website. Here on planet earth, shower slime is a go-to choice for Gen-Z customers, who are captivated by the brand’s happy-go-lucky reels on TikTok that have garnered a cool 11M likes.

Underneath the sunshine and rainbows, however, Merci Handy was tasked with an unprecedented challenge this Spring as retail stores closed their doors, and consumers opted for online buying rather than heading to the pharmacy. Up until March, in-store sales at outlets such as Monoprix and Sephora accounted for 85% of Merci Handy’s overall revenues.

It’s no surprise that on the first day of lockdown in France, Merci Handy’s e-commerce sales increased by 1000% in one single day. In fact, they sold 400 cleansing gels in one hour.

As the saying goes, more sales is a “great problem to have”, especially in an era marked by a fragile economy. But good problem or not, Merci Handy had to adapt quickly to the newfound pressures on their ecommerce business - and iron out any of the kinks that arose with unprecedented surges in ecommerce volume.

“In France, many people were working on reduced hours with the pandemic,” says Charles Thélu, Head of Digital at Merci Handy. “We were the opposite - it was an explosion for us, and we worked tirelessly trying to work through stocking and categorization challenges. Plus, our main delivery service in France was closed during lockdown.”

Ultimately, Merci Handy got 60,000 bottles of cleansing gel into the hands of more than 30,000 new customers from February to June, across France, UK, Spain, Italy and the US.

Charles and his team worked late nights to adapt to the added strain on their ecommerce operations - but the adjustments they made during that time have had a lasting impact on the business. “We’re now prepared for a second wave thanks to everything we learned”, he notes.

What did Charles and his team learn throughout this process? And what guiding principles can they share with fellow Shopify merchants preparing for the worst this winter, but hoping for rainbows?

Here are two key lessons they want to share.

Lesson 1: Stay true to your brand message and your brand identity at every turn.

At the very beginning of the pandemic, the message to Charles and his team from leadership was simple: “Don’t steer away from our message, don’t change pricing. Stay true to who we are, and everything will fall into place.”

Keeping the playfulness in their brand and staying true to their core products allowed Charles, his team, and the broader organization to focus on what really mattered: getting more cleansing gel into the hands of more people.

But one of the brand message challenges lies in the details, and part of being a global brand. Restrictions and regulations on what can be called a “sanitizer” varies from region to region, so localizing their approach was key. “Here in France, what you can classify as a “sanitizer” is stricter than in other countries. In the United States, for example, we’re a sanitizer, but in Europe, we’re a cleansing gel.”
To confront this headache head-on, Charles and his team took the following steps:

Lesson 2: Put the right tools and partners in place to accelerate your ecommerce efforts

“We recently switched to Shopify Plus from another ecommerce platform, and the flexibility it offers was really key to our success” notes Thelu. Specifically, Shopify’s simple CMS made the process of quick, impactful changes easy to make while in-house - without having to involve a developer. And Thelu and his team always knew there was someone in their corner. “During those late nights at the outset of the pandemic, it was great to know that if I had a question at 1am, someone would be able to answer me on the Shopify Live Chat.

Speaking of chat, Merci Handy also implemented Heyday’s AI chatbot on their website. “We had a huge influx of Customer Service inquiries, and we needed to find a way to deal with all of the volume.” By automating responses to repetitive questions, (think: “what’s your shipping policy?”) customers could get instantaneous responses to questions, without adding strain and pressure to the Customer Support team.

“We set up our FAQ automation in a way that integrates questions about our products, too” says Thelu, “we knew we would have a lot of new customers coming to the site for their first or second time, and we want to be able to help them on their buying journey.”

PS - You can learn about Heyday on the Shopify App store, right here.

So what’s next for Merci Handy’s ecommerce strategy, and how are they capitalizing on the momentum right now? Here’s their 3-point guide.

3 - Using chat to automate wherever we can, so we can focus on creative, forward-thinking initiatives that grow brand equity

Hungry for more rich insights and actionable advice from Charles and his team? Register for our masterclass, co-hosted by Marie-Claude Leveille at Shopify, right here. ‍‍‍